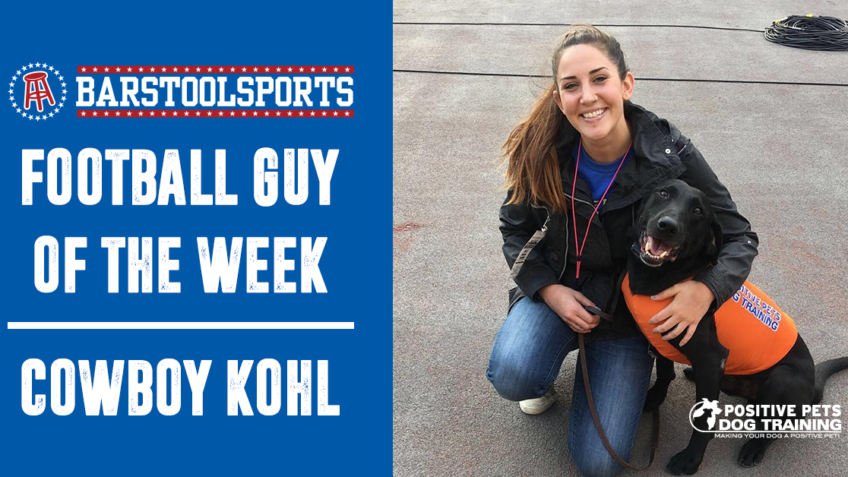 Cowboy Kohl has recently been receiving some National Coverage as the tee retrieving dog for the Boise State Broncos Football Team! Multiple platforms and outlets are recognizing Kohl for his hard work and dedication to the Broncos.

Kohl even won Barstool Sports‘ “Football Guy of the Week” award. Clearly Kohl is impressing the Internet with his tee-retrieving abilities and Kohl even expressed his gratitude below!

Kohl was also featured many sites including; SBNation, the NCAA, USA Today, CBS Sports, Mashable, Saturday Down South, KTVB, Idaho Statesman, & even on ESPN along with the fellow kicking tee retrieving dog at UC Davis, Pint! ESPN discussed how the dogs do this amazing job and give the stories behind the dogs.  Pint has been a retrieving dog for 5 years for the Aggies.

What Has Kohl Been Up To?

Kohl has been fetching the tee for the Broncos past two football season, which this year’s season started the first weekend of September. Kohl is has been doing a great job so far this season. If you want to see him in action, you can check out their next home game on Saturday, October 21st.

If you want to learn more about Kohl and his story, check out our article about this amazing pup or give him a follow on Instagram! Go Broncos!