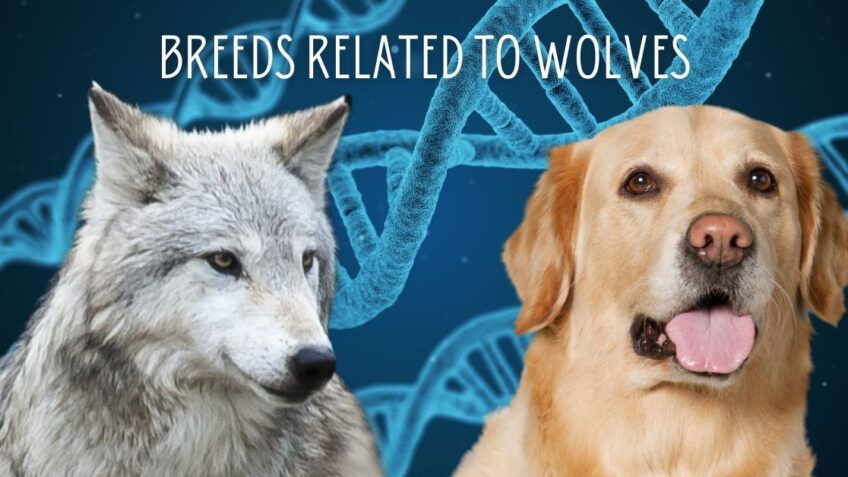 Growing up, you hear that chickens are the animal genetically closest to dinosaurs. It’s super unexpected, but it makes you wonder about the lineage of other species. For example, which dog breed is the most relative to a wolf? Unfortunately, we don’t have a specific answer, but we have narrowed it down to a few different breeds that make up the Basal Club.

What Is a Basal Breed?

A basal breed is a breed that had a huge influence on the development of the species we have today. They’re the base for all dogs and are considered the closest relatives to wolves today. There are 16 total breeds considered part of this club.

Shibas are considered an ancient breed that originated in the mountains of Japan and was brought to the US as recently as 60 years ago. You can see their wolf-like tendencies in their protectiveness, alertness, and hunting style.

The Chow Chow originated in East Asia. Historically, they have been used as farm dogs for their guarding and defense abilities. In fact, some genealogists believe them to be the first domesticated dogs. Their ferocity during guard duty is the most significant indicator of their wolf heritage.

Similarly, Shar Peis originated in South Asia as they were bred to be part of the royal guards. These palace protectors are fierce and fearless and have an unmatched loyalty. This is also an ancient breed. Artifacts with images that resemble Shar Peis can be found dating back to 200BC!

This breed is argued to be another of the oldest breeds in existence! They’re brilliant and are easily trained to protect. These qualities are not only indicative of their wolf heritage but of their loyalty to those around them.